The Jackson Ward neighborhood in Richmond, Virginia was once known as the “Harlem of the South.” The historic African American community was home to businesses, banks and arts that catered to those who needed a home and safe space during segregation. It’s also one of only two districts in Richmond that are designated National Historic Landmarks.

Like many areas that were once booming, the neighborhood had experienced a downturn. However, things have picked up again in recent years. And one major area that’s seen a boom is the culinary scene.

Southern comfort food continues to be at the forefront, but it’s joined by vegan, Filipino and fusion eats. Below are neighborhood staples RVA natives swear by, as well as the new kids on the block who add a sweet taste to the culinary scene. 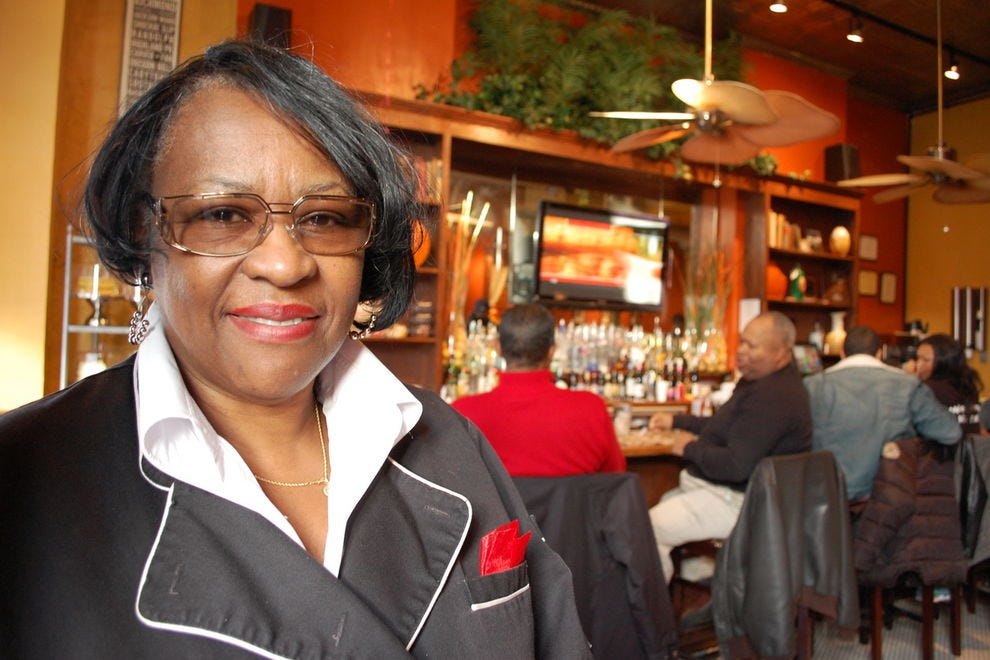 If there’s one soul food restaurant that’s at the top of everyone’s list in RVA, it’s Mama J’s. Velma Johnson, aka Mama J, opened up shop in 2009 and since then, the quaint spot has received accolades including “50 Essential Restaurants Every American Should Visit.” Plus, Richmond’s Style Weekly has named it the best soul food restaurant in the city.

You can’t go wrong with any of the entrees, but the catfish is the real star of the menu. Portions are generous, so arrive hungry.

“Because a taco with no soul is just a sandwich,” proclaims Soul Taco. The restaurant combines Southern cooking with Latin American flair and a California twist.

On the same street as Soul Taco is Richmond’s first beer garden. Choose between the 18 rotating drafts on tap or drinks like the Black Wall Street or The Deuce, which is what entertainers like Ella Fitzgerald and Duke Ellington used to call 2nd Street.

The barbecue, especially the smoked wings or smoked sandwiches, is a must-try.

Depending on the time or day you swing by Urban Hang Suite (named after R&B artist Maxwell’s debut album), you’ll find people sipping coffee or tea, a pop-up with independent artists selling their wares or an open mic night in the back space.

Owner Kelli Lemon wanted a space that wasn’t just for grabbing a quick drink or bite, but one that also fostered community.

Don’t swing by Tiny Victory on a weekday morning or early afternoon because hey’ll be closed. But for dinner and Sunday brunch, you’ll most likely find the Southeast Asian-inspired restaurant full of happy diners.

With a focus on Filipino food, the menu features halo halo waffles and longsilog, as well as brunch cocktails like Imelda’s New Kicks. While the exterior of the restaurant might be unassuming, it’s hard to miss the massive tiger mural on the interior, designed by artist Wingchow.

While a sit-down dinner or weekend meal is nice, sometimes you just need a quick take-out spot that’s reliable and delicious. Big Herm’s Kitchen is that for most people in the area. They shut down shop on the weekend and weekdays at 6 pm, but the Jackson Ward staple is a go-to take-out joint.

The chicken or shrimp baskets, which come with a side dish and cornbread, are especially popular. Also, each day has a rotating daily special, including half off the price of a dessert. Hint: get the sweet potato pie.

On the flip side, Comfort doesn’t open until dinner hours. Located on the border of the Arts District and Jackson Ward, this restaurant has been serving the area for more than 15 years.

In 2018, the restaurant started donating all net profits to a VA-based hunger relief organization. 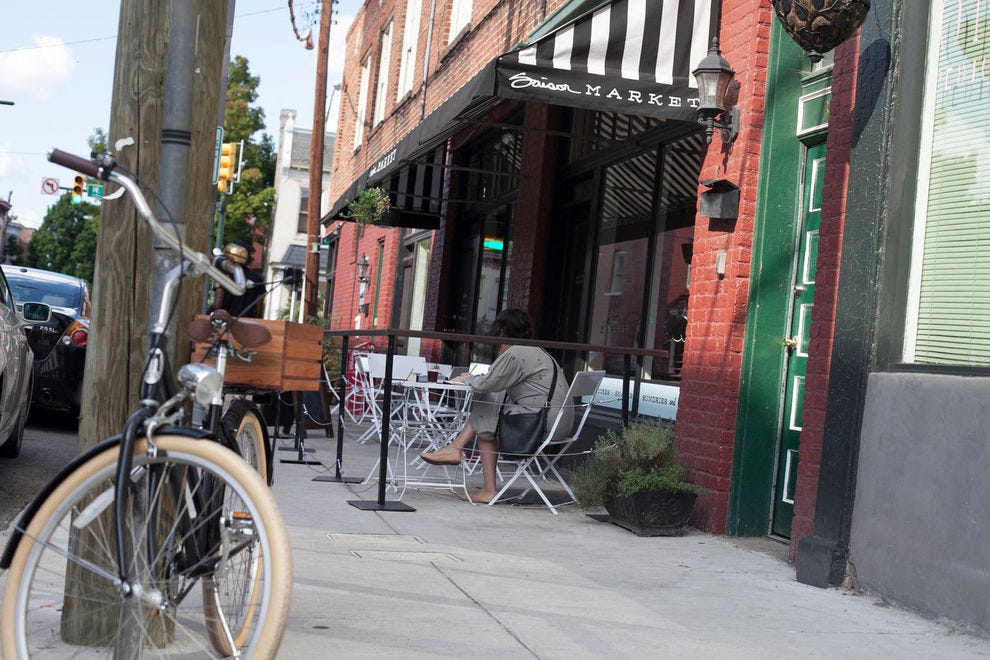 Saison is only open for dinner service, but next door at Saison Market, you’ll find breakfast, lunch and dinner to go. The fried chicken biscuit tops the list for most patrons.

Don’t let the dive bar and metal vibe fool you, GWARbar serves some great vegetarian and vegan food. If you can get past the fake blood splattered on the floor and walls, you’ll find a menu that includes vegan chili, tacos and nuggets or the favorite, Hail Seitan, a house-made BBQ seitan.

There’s also tons of variety for meat-eaters and the late night menu is served until 1 am.

Restaurants in Jackson Ward are no stranger to embracing their history, and Tarrant’s Cafe is no different. A former drug store in the early 1900s, the current corner location continues to embrace its past with a rustic decor that includes exposed brick and a “Prescriptions” sign above the bar.

The extensive menu covers all meals, but the breakfast and brunch offerings are the real stars of the show. There’s even a gluten-free menu.

These are the best small towns in the country

10 of the best places to eat in Palm Springs

Why Your Eiffel Tower Photos May Be Illegal

Is Away Luggage Really Worth It?

How To Achieve Thicker Looking Hair This Spring

Love the look of thick, healthy hair? If you have always wished for voluminous locks but haven’t had much luck with…