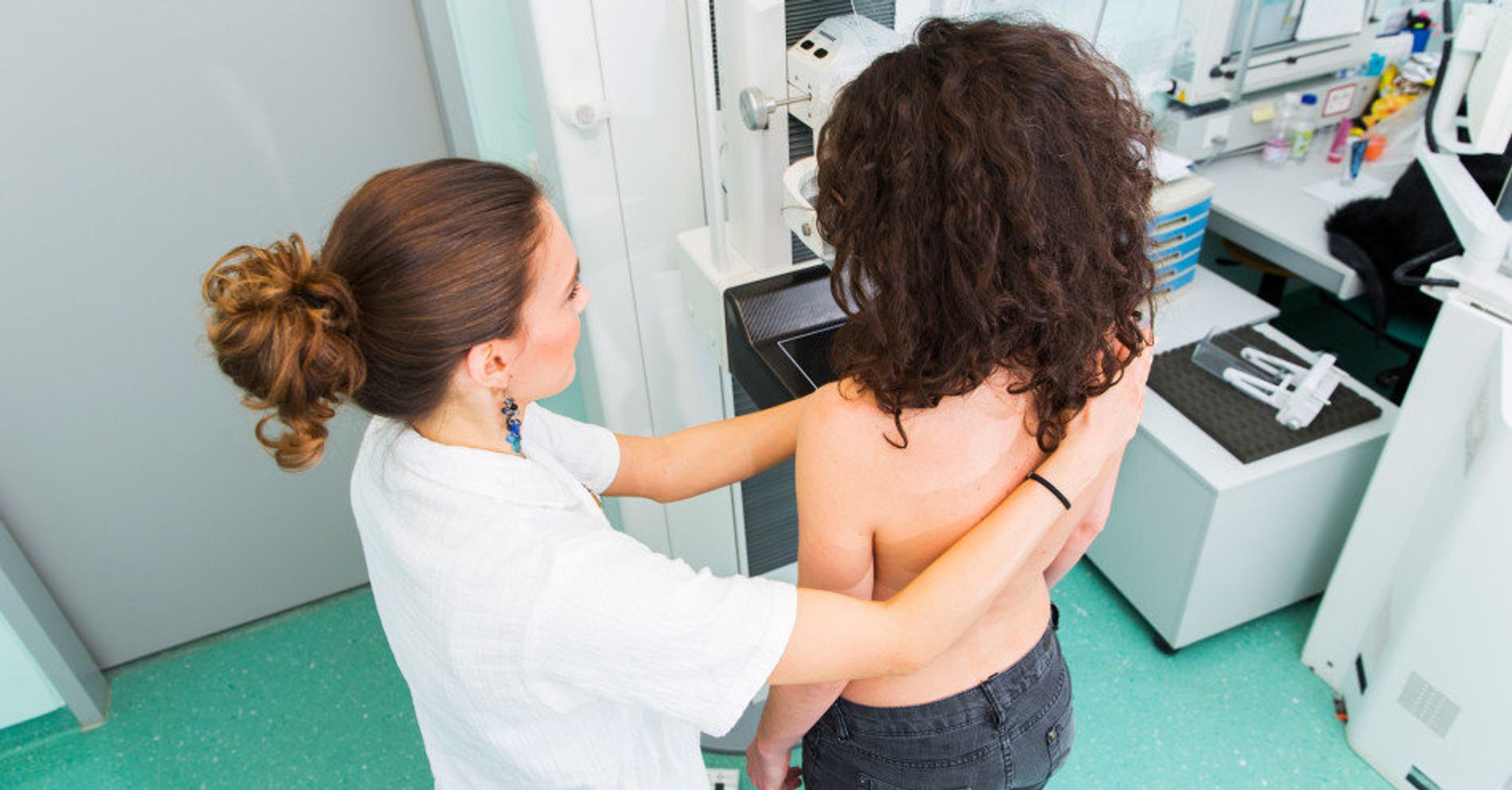 “My new breasts are totally numb, so I’ll accidentally whack them and then wake up the next day to find them bruised. When I’m hugging people, I don’t know how hard I’m squeezing, and when someone hugs me too tightly, I feel like my implants will pop out of my back.”
— Cathy Balsamo, 50, who had a prophylactic double mastectomy in 2014 after testing positive for the BRCA1 gene mutation

“As I got older, my natural breast began to sag, but the reconstructed one remained perky and also caused me pain and itching. This year I chose to have the implant removed. I walked a show during New York Fashion Week wearing AnaOno lingerie made for women with mastectomies: It had padding on one side and hidden seams to avoid irritating scar tissue. Wearing that pretty red bra-and-panties set boosted my self-esteem enough that I now sometimes even go braless.”
– Angela Baker, 46, who was diagnosed in 2003 and 2010 with intraductal carcinoma and in 2011 with stage IV metastatic breast cancer

“Some people are unaware that a woman who’s had a single mastectomy can breastfeed. I was able to nurse my baby born 26 months after my left breast was removed and a lumpectomy was performed on the right one.”
— Kelly Knee, 38, mother of five who was diagnosed in 2014 with stage IIB ductal and lobular carcinoma

“When the tissue expanders were placed beneath my pectoral muscles, the pain radiated from my chest around to my shoulder blades and even down my arms. I needed narcotics for about three days after every saline fill, and it took about 15 fills over five months to reach a C cup. Physical therapy helped, as did surrounding myself with pillows at night.’”
— Karen Malkin Lazarovitz, 43, who had a prophylactic double mastectomy in 2009 after testing positive for the BRCA2 gene mutation

“Women who have mastectomies expect to see scars on their breasts; they don’t expect the scar on the upper chest from the port used to administer chemotherapy and other medication. But the port can be put in through an incision between the arm and the armpit—you won’t see the scar unless you raise your arms.”
— Dona Hobart, MD, medical director of the Center for Breast Health at Carroll Hospital in Maryland

Why You’re Still So Tired In The Morning

Here’s Why Some People Have More Anxious Thoughts Than…

Game of Thrones finale: the answer to the biggest question in TV

Chow Yun Fat on the mend after filming mishap