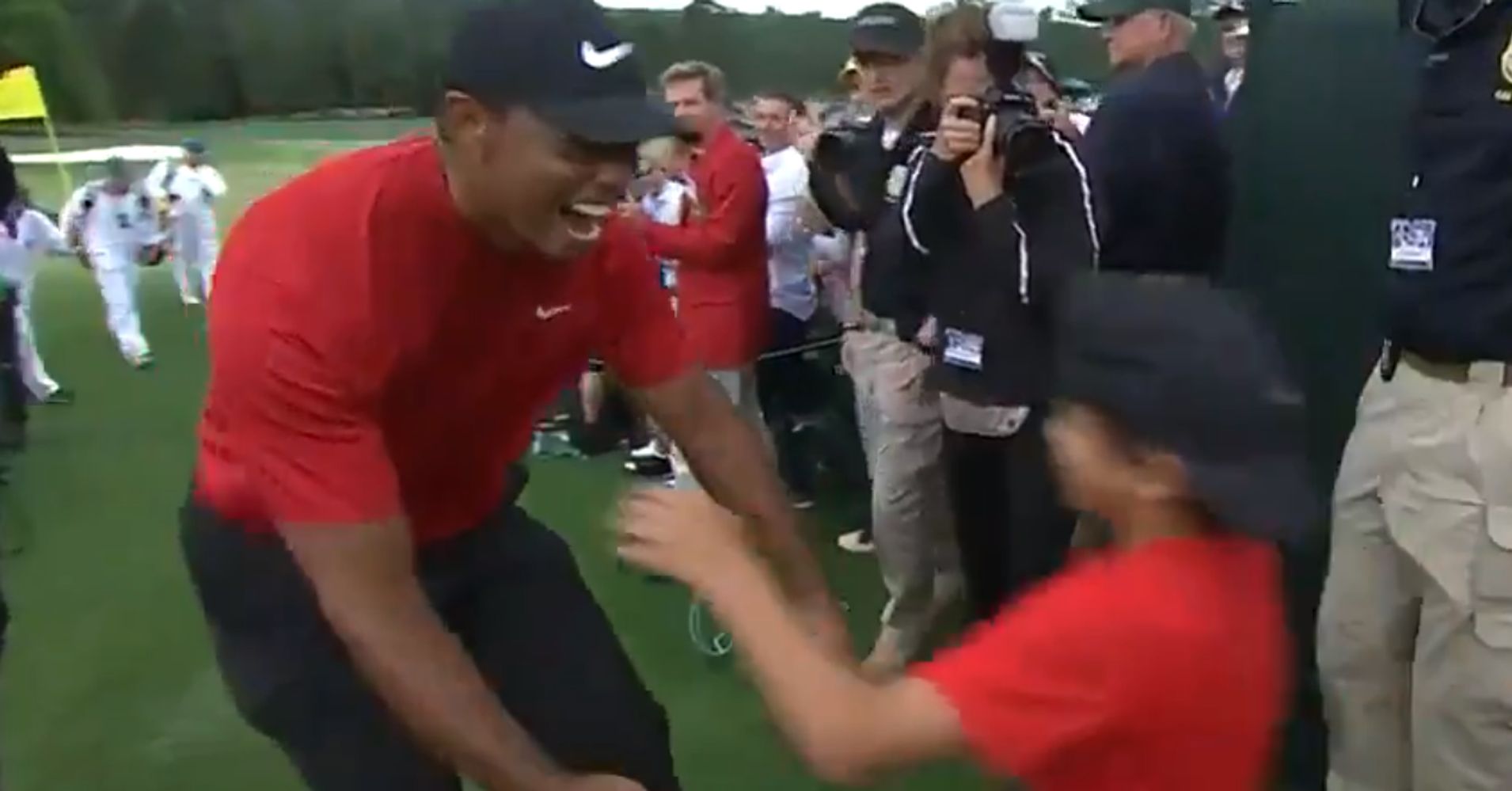 Amid a frenzy of cheers and celebratory chants, a happy Tiger Woods strode off the 18th green after securing his fifth Masters win on Sunday to share the moment with his smallest, but no doubt most ardent, supporters ― his two children.

Woods’ 10-year-old son, Charlie, ran into his father’s outstretched arms near the hole and was lifted into the air by Woods as they shared a tight embrace. Following close behind to greet Woods and exchange hugs were the golfer’s mother, Kultida Woods, his 11-year-old daughter, Sam Alexis, and his girlfriend, Erica Herman.

Fans on social media likened the emotional moment to one Woods had with his late father, Earl Woods, when he won his first green jacket at the age of 21 in 1997.

Sunday’s win was Woods’ 15th in golf’s major tournaments ― but his first in one of those four in almost 11 years. No doubt making it that much more special was that it was the first such triumph that he could savor with his children ― his daughter was still a baby when he won the U.S. Open in June 2008 and his son hadn’t been born.

Sandra Oh’s Adorable Family Shows Their Support Ahead Of Golden…