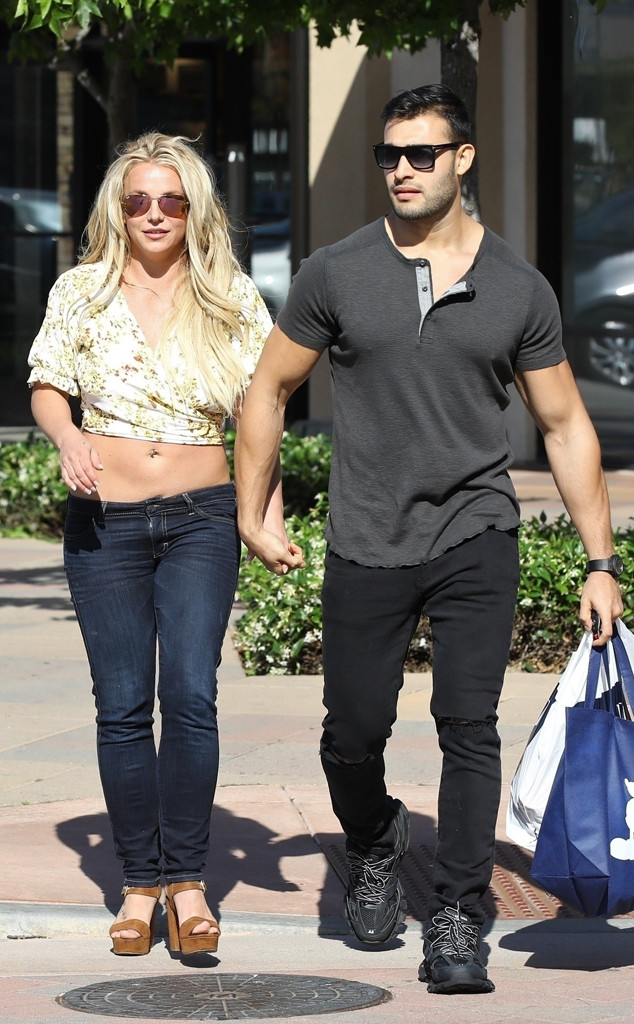 Following months of personal turmoil, Britney Spears was all smiles as she went shopping with boyfriend Sam Asghari on Friday and had two messages for her fans.

Britney recently spent a month at a mental health treatment facility, months after she canceled a Las Vegas residency following a health emergency suffered by her dad and conservator Jamie Spears. Earlier this week, her longtime manager Larry Rudolph told TMZ, “I don’t want her to work again ’till she’s ready, physically, mentally and passionately. If that time never comes again it will never come again.” His comments sparked alarm among Britney’s fans.

On Friday afternoon, Britney and boyfriend Sam Asghari went on a shopping trip to Camarillo Premium Outlets northwest of Los Angeles. Paparazzi descended upon the couple, who were accompanied by a bodyguard. Britney appeared in high spirits.

“Britney, a lot of people don’t think you’re going to perform again,” one photographer told her, as seen in a video posted by The Blast.

“Are we gonna see you perform again, Brit?” he continued.

“Of course,” she said with a smile, getting into the driver’s seat of her car as Asghari held the door open for her. He then got into the front passenger’s seat and the two drove away.

During the interaction, Spears also said she wanted to tell her fans, “I love you guys.”

Amid her music hiatus, Britney has been spotted out in public several times, including twice with her boyfriend.

Also amid her turmoil, there has been growing concern among fans over Britney’s mental health and many calls to end her dad’s conservatorship, which a judge signed off on 11 years ago, after the singer’s famous public meltdown. Many of her supporters are calling to let her get back control of her financial and medical affairs, in other words, “#FreeBritney.”

Last week, Britney, her dad and her mom Lynne Spears appeared at a court to discuss her conservatorship. A judge then ordered a court investigator’s report on it, due in September. Britney has not commented on the matter.

The U.S. Is Failing Moms Who Are ‘Blindsided’ By This…

Disney Popcorn Buckets Are The Park Souvenir People Can’t Get…