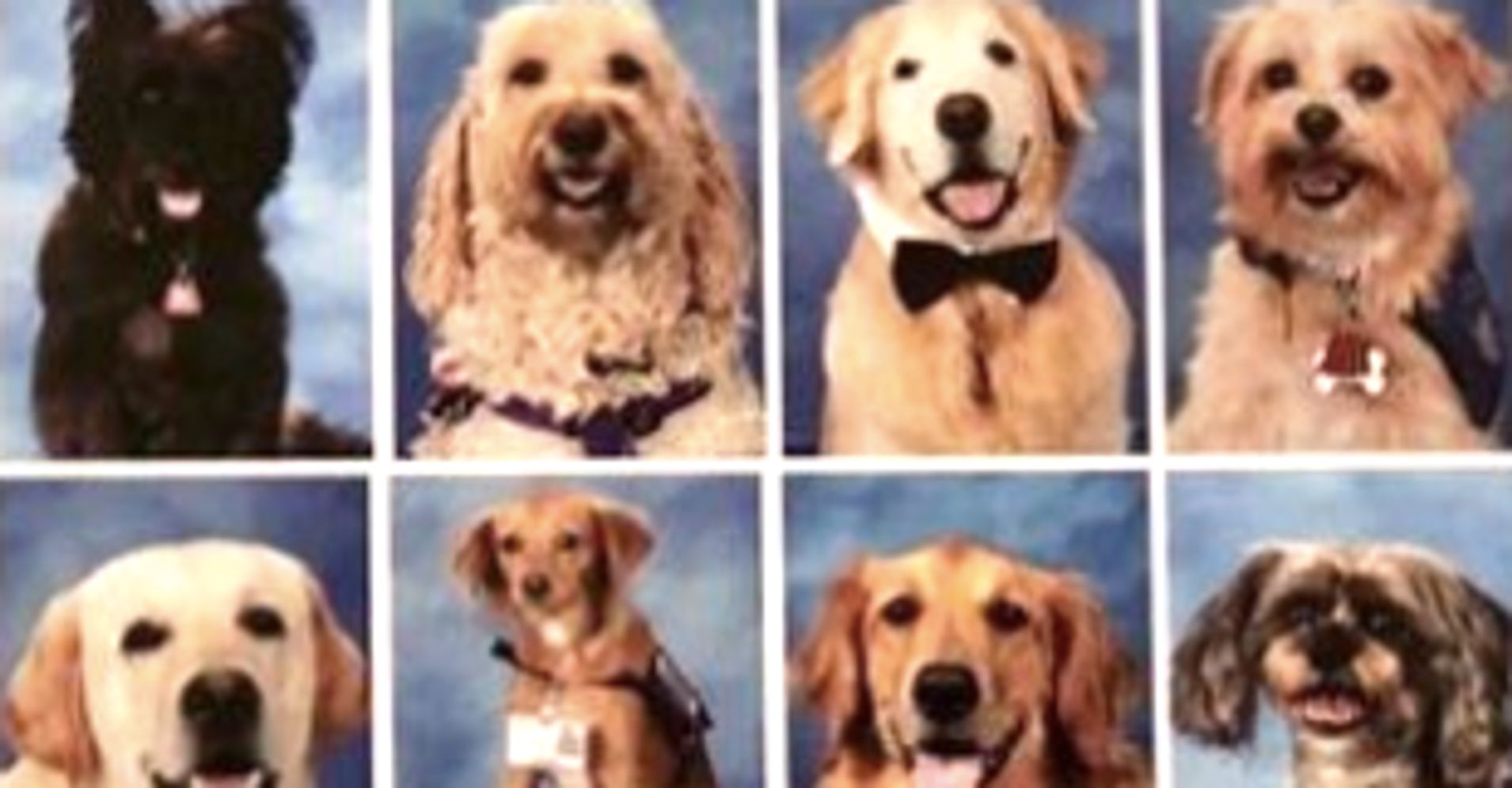 Students in Parkland, Florida, created a yearbook page of furry portraits to honor the 14 therapy and service dogs that helped them get through the aftermath of last year’s horrific mass shooting.

We’ve included these cuties in the yearbook 🐾🐾 pic.twitter.com/CZScvAhjCN

The yearbook crew quipped on Twitter that Chief McAlpin — a yellow lab — “loves his yearbook,” and encouraged students to seek him out so they could sign it.

We love that Chief loves his yearbook! Make sure to find him to sign it. ❤️ pic.twitter.com/JHw0gjtptH

Therapy dogs were initially brought to the school to help teens cope with the overwhelming trauma after a gunman fatally shot 17 people on campus on Feb. 14 last year. The suspected shooter, a former student, has confessed to the attack on video and could face the death penalty.

The first official therapy dog at the school was a Bernese mountain mix named River. School library media specialist Diana Haneski, who helped shelter 50 students during the attack, adopted River and introduced him at a “Yappy Hour” last summer.

Doggy portrait day was last October, and the dogs were apparently instructed to place their paws on an image of human footprints.

Including the therapy/service dogs in the yearbook is the best decision we’ve made so far like this one dog had a bowtie and my heart 😭💗💕 pic.twitter.com/ecP9X01wqD

People responding to a Sun Sentinel tweet about the dogs were touched — but also saddened that they were even needed in the first place as the number of shootings in U.S. schools continues to climb.

They should all be valedogtorians.

Omg this is so beautiful. We just don’t deserve dogs. ❤️🐶

At first, I thought this was cute.
Then the reality of having multiple therapies dogs at a gun violence-hit school so common that they are in the yearbook hit me.

I had the identical reaction. Terrifying & heartbreaking.

7 Of The Worst Fast-Food Salads, According To Nutritionists

TV exposés, investigative magazine articles, healthy lifestyle websites and books like Eat This, Not That! have…

Outfit-Making Sandals For Under $100