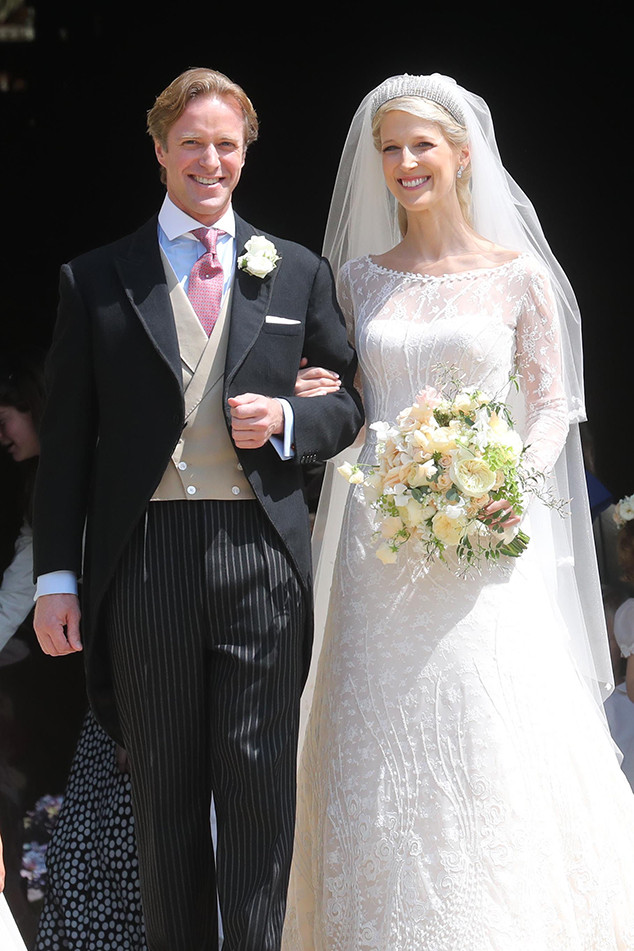 We have another royal wedding on our hands!

Lady Gabriella, who also goes by “Ella” to her close friends, is the daughter of Prince Michael of Kent, who happens to be Queen Elizabeth II‘s cousin.

Looking as regal as ever in her hot pink dress coat and matching hat, Queen Elizabeth II attended the wedding with husband Prince Philip—making a rare public appearance amid his retirement from royal duties.

Not in attendance: Beatrice’s sister Princess Eugenie, and Prince William and wife Kate Middleton. The Duke of Cambridge, president of the Football Association, is scheduled to attend the 2019 FA Cup Final between Manchester City and Watford at Wembley Stadium, and present the trophy to the winners, Kensington Palace had said earlier this week. William had missed last year’s championship soccer match to attend Harry and Meghan’s wedding.

However Kate’s sister Pippa Middleton and husband James Matthews, did attend the wedding of Gabriella and Thomas, Pippa’s ex-boyfriend. The couples have been friends for a few years.

Although Gabriella is 52nd in line for the throne, there was still lots of royal tradition, albeit not to the same extent as her extended family.

A Buckingham Palace source told People in April, “It will be a private wedding for family and friends.”

Thomas popped the question back in August when he and Gabriella enjoyed a romantic getaway to the Isle of Sark.

The palace said in a statement at the time, “Prince and Princess Michael of Kent are delighted to announce the engagement of their daughter Lady Gabriella Windsor to Mr. Thomas Kingston.”

Gabriella is the Arts & Travel Director at Branding Latin America, which is a public relations and branding company. She apparently has close ties to the region because, according to her company bio, she “spent several years in Latin America exploring arts and culture through social projects.” She spent time in Brazil, Colombia and Argentina.

The 38-year-old attended Brown University and Oxford and she has degrees in Comparative Literature and Social Anthropology.

Thomas works at the financial firm Devonport Capital where he serves as a director.

Instagram When it comes to working out, Kourtney Kardashian has the right idea.The Poosh founder recently…

Why The Heck Is Everyone Obsessed With Wool Dryer Balls?

15 Minimalist Home Decor Stores For Decorating On A Budget