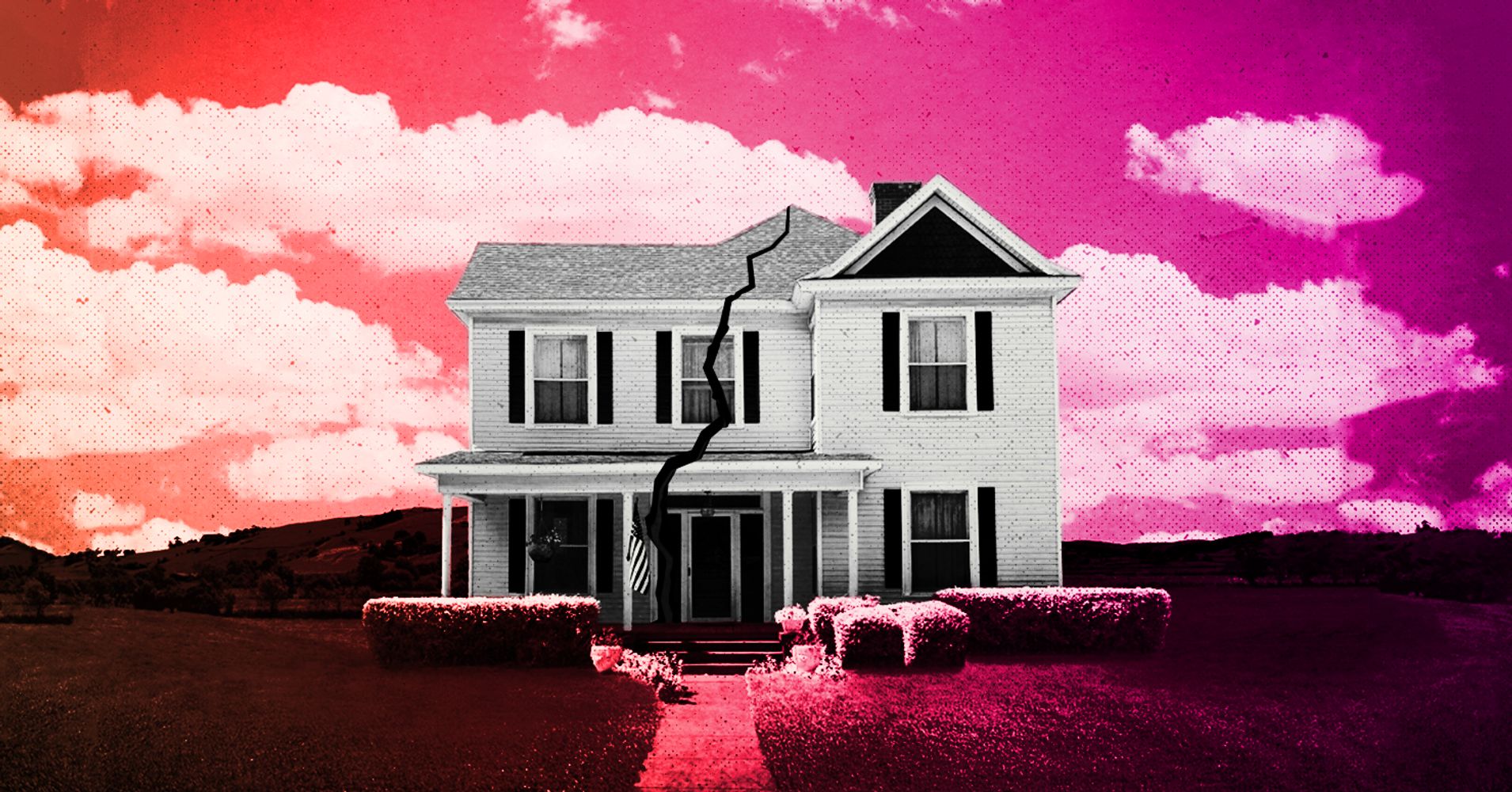 A spouse, a house with a picket fence, and kids. The formula for American adulthood has long been established — but what happens when the numbers don’t add up?

For HuffPost’s Betting The House project, we asked readers to share their housing experiences. Among the more than 600 respondents, dozens described the same struggle: Their housing situation had directly caused them to delay having children, if not forgo them entirely.

American women are already having kids later in life. Last year, The Atlantic reported that in 2017, birth rates were at their lowest in 30 years, with only women over 40 having more kids than before. People are getting married later — or not at all — which can delay parenthood, and more women are choosing to work further into their careers before starting a family.

Now consider that 11 million Americans spend more than half their paychecks on rent, while mortgage rates and home prices have both spiked. The National Low-Income Housing Coalition further noted in its 2018 annual report that to afford a one-bedroom rental home at the average national market rate, a worker earning the federal minimum wage of $7.25 per hour would need to work 99 hours per week, for all 52 weeks of the year. And that doesn’t leave much room for savings, which may be why a 2017 study found that 78 percent of workers said they live paycheck-to-paycheck.

When a house costs so much and babies can be postponed just a little bit longer, it’s easy to see how the formula goes awry. On top of that, America is uniquely bad at taking care of parents: It’s the only developed country that does not federally mandate paid leave for new mothers, which means that infant can cost you money even before you buy your first round of diapers, thanks to lost wages.

HuffPost spoke with three women to hear how their financial and housing uncertainty led them to put off having kids. Here, briefly, are their stories.

“We just can’t meet those other needs.”

For Naomi Mac Ross, one thing is sure: “I will not have a child in someone else’s basement,” she told HuffPost. For $1,200 a month, Ross and her husband currently rent a one-bedroom basement apartment on New York’s Long Island.

The rent is uncomfortably high for the couple, Ross said. Her husband was laid off from a job a few years ago, which “kind of derailed everything,” and while both work full-time now, they still live paycheck-to-paycheck.

Their apartment, meanwhile, is “definitely not [big enough] for a kid,” Ross said. Moving is “absolutely” a top priority. Her sister had a son recently, which opened Ross’ eyes to just how much space even a tiny person needs.

At 35, Ross expected she’d have a kid by now. She and her husband are open to adopting, but they’ve also made peace with the idea of ending up childless. “I think my husband and I would make really good parents,” Ross said. “We just can’t meet those other needs that are necessary to have a child.”

“It’s one of the things that our relationship was founded on.”

Before they started dating, Jessyca and Evie Taborsmith had been friends for months. That’s how they knew going into their relationship that they both wanted kids. “It’s one of the things that our relationship was founded on,” Jessyca, 25, told HuffPost.

Now married, the couple lives in San Francisco where Evie, 30, is enrolled in graduate school. But living in a notoriously pricey city has delayed their child-rearing plans: They pay $1,895 per month for a studio apartment, which amounts to nearly half of Jessyca’s gross annual income of $47,000. (Evie works on the side as a teaching assistant, but the hours are limited.)

For that rent, they get a small kitchen and bathroom, plus a bedroom area where they’ve crammed most of their furniture. Jessyca recently learned that her mother’s mortgage in Southern California is “significantly less” than their Bay Area rent. “We have a really small studio,” she said. “The fact that I could potentially have a house somewhere for less than what I pay ― it blows my mind.”

The pair hopes to leave San Francisco for a cheaper city after Evie graduates. But given that they’re a lesbian couple and Evie is transgender, there’s “only so flexible we can be,” said Jessyca.

“If we had a place that could fit a family, and it was affordable enough that we could pay for the house and still have more than like $200 left for everything else, kids would be absolutely at the forefront,” Jessyca said. “We really want children.”

“I told my husband, ‘I’m not staying in Atlanta.’”

When Spotswood and her husband married about two years ago, they thought they’d wait on starting a family. They weren’t 100 percent ready and living in Atlanta wasn’t helping: Their home was “an OK apartment that had a little lipstick on it” and was “too expensive for our incomes,” Spotswood told HuffPost. The Alabama native knew that back home, they could get much more for much less.

When Spotswood did get pregnant, their apartment became just one of many city-based concerns. “I’d have to be a stay-at-home mom, but then how could we afford an apartment? Or I’m gonna have to work these crazy hours, never see [my husband] and barely afford to have an apartment and childcare — if we could even find childcare,” she said, describing her thoughts at the time.

So she made a decision: “I told my husband, ‘I’m not staying in Atlanta,’” Spotswood said. Her in-laws in Auburn had long joked about having the whole family under one roof and Spotswood yearned for the slower-paced lifestyle she grew up with, so the choice seemed clear.

The young family now shares one room in a five-bedroom house, but it’s large enough to fit a bed, three dressers and a sectional couch — not to mention a crib and changing table for the baby.

“It’s worked out really well,” Spotswood said of multigenerational living. For “a lot of people, at least that I’m with in Alabama and in the Southeast,” she added, “it kind of seems like it’s becoming necessary.”

Change on the horizon?

While housing costs seem stuck on high, legislation is being introduced that could ease the costs of parenthood. And with a fresh slate of officials taking office after the 2018 midterm elections, there’s more reason for hope.

Federally mandated paid family leave is likely still a ways off, but a few states have taken it upon themselves to provide it. Four states — California, Rhode Island, New Jersey and New York — offer paid family and medical leave today, while a fifth, Washington, will do so starting next January. (The latter state began collecting taxes to fund the program this month.) The District of Columbia also has a leave program set to take effect in July 2020.

Meanwhile, Republican Govs. Chris Sununu (N.H.) and Phil Scott (Vt.) introduced the idea of a voluntary two-state program in January. It would offer six weeks of partially paid family or medical leave, to be provided by private insurers. In Colorado, the new Democratic majority in the statehouse is expected to make paid family leave a priority. In California, new Gov. Gavin Newsom (D) has proposed to expand the state’s offering from six weeks of paid leave to a cumulative six months per baby, allowing two adult caretakers to each take two to four months of paid leave.

On the federal level, Sen. Kirsten Gillibrand (D-N.Y.) announced her 2020 presidential run earlier this month on the strength of her record of supporting women and families. Universal paid family leave is expected to be a pillar of her agenda; Gillibrand has introduced a bill to establish that policy in every Congress since 2013.

Of course, promises and proposals don’t change the logistics of family planning today. And it can feel devastating when things out of your control get in the way of longed-for children.

Don’t beat yourself up, said Ross. “I would say, for people who are struggling with this, maybe ease up on yourselves a little,” she advised. “I could sit here getting depressed and angry that I’m not where I want to be, or I could be grateful that I do have a roof over my head. … It’s OK to be where you’re at, even if you don’t like it.”

I Tried To ‘Marie Kondo’ My Dead Mom’s…

Inside the Kardashian Family’s First Week at Home With Baby…

Traveling With Autism Can Be Hard. These People Want To Fix That.