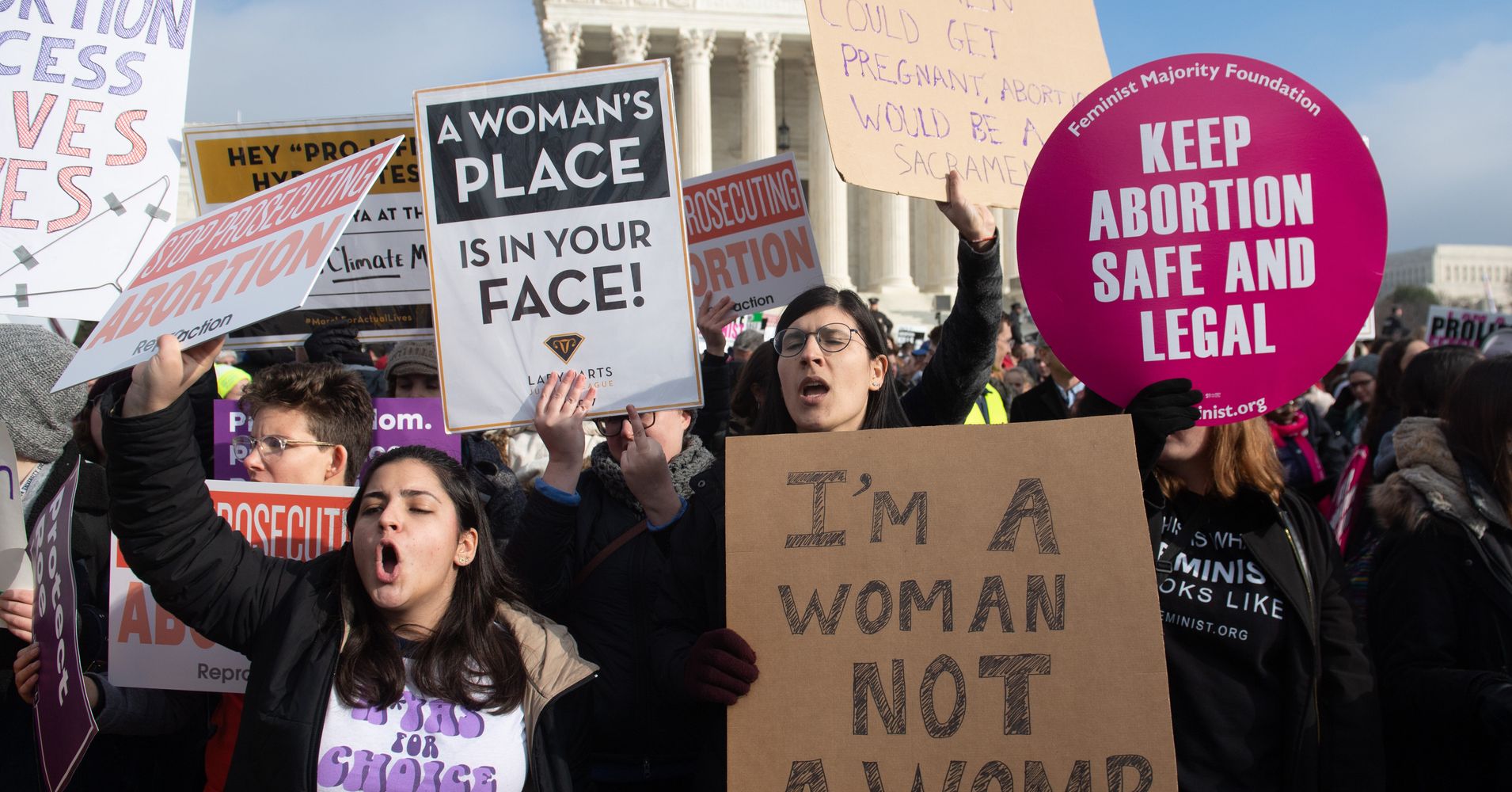 Alabama passed the country’s strictest abortion bans this week, setting itself up for a potential Supreme Court battle over the protections enshrined in Roe v. Wade.

But just as Alabama and other states crack down on reproductive rights, some states are working to do the opposite. These states have passed or are currently weighing legislation to expand and protect abortion access:

Illinois lawmakers are attempting to pass what they believe to be the most liberal reproductive health care legislation in the country.

It would also repeal the Illinois Abortion Law of 1975, an unenforceable law establishing criminal penalties for performing an abortion, and the Partial-Birth Abortion Ban Act, another old and unenforceable state law that placed restrictions on the procedure later in pregnancy.

Illinois Gov. J.B. Pritzker (D) has indicated he will sign the bill, but the legislative process around it has stalled for the last two months as it sits sequestered in a subcommittee.

“What we saw in Alabama yesterday must mobilize us,” state Sen. Melinda Bush (D) said in the chamber Wednesday while calling for a committee hearing. “We can’t wait, we can’t rest on our laurels in Illinois.”

The Kansas Supreme Court ruled last month that the state’s constitution enshrines a woman’s right to an abortion, guaranteeing that the procedure would remain available there even if Roe v. Wade is overturned.

In a 6-1 ruling, the court determined that the right to “life, liberty, and the pursuit of happiness” included in the state Bill of Rights “allows a woman to make her own decisions regarding her body, health, family formation, and family life — decisions that can include whether to continue a pregnancy.”

The state Supreme Court took up the issue after two abortion providers in the state challenged a broad ban on dilation and evacuation abortions, known commonly as D&Es, in 2015.

Maine lawmakers are pursuing a bill that would require MaineCare, the state’s Medicaid program, to expand its coverage of abortion services. It would also require all private health insurers that cover maternity care to also cover abortion services.

“This bill is simply about requiring our insurance companies to cover abortion just like any other medical procedure,” state Sen. Shenna Bellows (D) said ahead of a Tuesday vote on the bill.

Nevada lawmakers are weighing a bill that would strike old abortion laws from the books. Its sponsor, state Sen. Yvanna Cancela (D) said the legislation is focused on “repealing antiquated language that criminalizes women for a legal act.”

Today, I’m presenting #SB179 at #nvleg. The bill removes criminal penalties from our legal abortion statutes and brings informed consent laws in line w/ medical standards. At a time when women’s reproductive freedom is at risk, it’s an honor to fight to move forward. A thread.

If passed, the bill would remove requirements that physicians tell pregnant patients seeking abortions about the “emotional implications” of the procedure and would decriminalize certain acts, such as selling miscarriage-inducing medications.

The bill has passed out of committees in both the House and the Senate and awaits a full legislative vote.

New York passed the Reproductive Health Act in January, expanding abortion access to later in the pregnancy and ensuring that the procedure remains legal in the state if Roe v. Wade is overturned.

“With the signing of this bill, we are sending a clear message that whatever happens in Washington, women in New York will always have the fundamental right to control their own body,” Gov. Andrew Cuomo (D) said at the time.

The law also provides that abortions may be performed after 24 weeks if the fetus is not viable or when the mother’s health and safety are at risk.

It also removes abortion from the state’s criminal code, ensuring that doctors can’t be punished for performing the procedure, and allows additional medical professionals to provide abortions.

An abortion bill out of the Rhode Island House is hanging on by a thread after the state Senate struck it down on Tuesday. As in other states, the legislation seeks to make abortion rights a state law to protect access to the procedure if Roe v. Wade is overturned.

The bill would also overturn some older laws on the books, including a rule requiring women to notify their spouses before having an abortion.

The House-passed version of the bill is now being held for further study. Senate President Dominick Ruggerio acknowledged after the vote on Tuesday that “there is opportunity for further action,” The Providence Journal reported.

There is a two-pronged effort by Vermont lawmakers to ensure that abortion remains accessible to women in the state if Roe v. Wade is overturned.

One bill would write into state law that women have the right to receive an abortion. It passed out of the legislature, but Republican Gov. Phil Scott said this week that he is undecided on whether to sign it.

Another bill would establish a constitutional amendment guaranteeing women’s right to access abortion services, marking the first time any state lawmakers in the U.S. have voted to do so. Though it’s passed in both the House and the Senate, amending the state constitution is a yearslong process. State law requires that the two bodies vote on it again in the 2021-2022 legislative session and then have voters give it final approval in November 2022.

If you’re looking for some Valentine’s Day inspiration, here’s some good news. The travel experts at TripAdvisor…

Wedding Gifts for the Happy Couple